Padma Mayurasana is an easier preparatory variation of Mayurasana. In this asana, the folded legs represent Lotus and the lifted body on two arms depicts Mayur or Peacock. Hence, it’s called Lotus in Peacock Pose.

In Padma Mayurasana, balancing calls on the wrist, forearm, shoulder, and core muscle strength. Along with balance, it aids in the practitioners’ muscular development. Additionally, it guarantees improved organ performance.

The difference between Padma Mayurasana and other poses is the presence of the two species. The Lotus and the Peacock have a variety of beneficial effects on the practitioner’s physique. The lotus is regarded as a representation of enlightenment, purity, and rebirth that purges the practitioner’s mind of impure thoughts. This ultimately leads to the spiritual path and becomes the catalyst for enlightenment, which dispels all the ignorance and darkness that are the root causes of suffering. As a result, life becomes peaceful and joyful.

As shown in the Book of the Dead Transformation of the Spells, the Lotus flower is said to possess magical qualities that have the power to bring the dead back to life.

The peacock, on the other hand, represents wisdom, safety, and watchfulness. Thus, the Mayurasana not only fosters these skills to heighten awareness during practice but also prepares the body and mind to handle life’s many challenges.

Practice Guide to the Padma Mayurasana

Follow the guide below to begin the Padma Mayurasana

If you have a wrist, shoulder, elbow, or spinal injury, you shouldn’t perform Padma Mayurasana. Additionally, this stance should be avoided by those who are pregnant, have had stomach surgery, have high blood pressure, or have asthma.

The body is supported in Punga Mayurasana by one hand that is placed next to the navel. Legs straighten and the torso leans forward with one hand held in the air.

Start by assuming the Vajrasana position, then open your knees and place your right hand with your fingers pointing outward between them. Knees back in the starting posture left hand forward on the floor. Put your right elbow under your belly button by bending it. Legs should now be straight and you should be standing on your toes. After that, make an effort to lean forward, gradually move your weight forward, and lift your toes to maintain balance. Maintain this position for a while, then turn around by lowering your left hand, knees, and toes.

You can strike this position by entering Sarvangasana. Then, with both hands supporting the back by wrapping them around the waist, the legs are bound into the padmasana position. Finally, the knees in padmasana are brought to the floor. This is Uttana Padma Mayurasana’s last pose.

The following physical problems can benefit from the therapeutic benefits of Padma Mayurasana:

Padma Mayurasana is beneficial for treating a variety of bodily conditions that affect the digestive, excretory, and reproductive systems. Therefore, it can be used to completely eradicate them.

The Padma Mayurasana position puts pressure on the abdominal areas, which stimulates the digestive system. This promotes increased digestive output and guarantees optimal digestion. Consequently, it enhances digestion in this way.

Unhealthy eating puts strain on the liver as it works to break down difficult-to-digest meals. Ongoing liver weakness and infection susceptibility result in an enlarged spleen, anemia, bleeding, and pain behind the ribs. However, the practice of Padma Mayurasana overcomes the condition of regular practice and also lowers the symptoms.

Regular practice of Padma Mayurasana helps in stimulating the various parts of the body, the brain’s frontal lobe is of them responsible for Cognitive activities. According to one of the studies [efn_note] Cognitive Behavior Evaluation Based on Physiological Parameters among Young Healthy Subjects with Yoga as Intervention https://www.hindawi.com/journals/cmmm/2015/821061/ [/efn_note], it has been found that regular practice of this asana helps in significant improvement in various cognitive functions, such as performance enhancement, neural activity, attention, and executive function.

The liver plays the most significant role in cleansing the blood. Massaging while practicing the Padma Mayurasana helps the liver in ensuring its optimum state of functioning, which not only filters toxins and unwanted byproducts from the blood but also pulls nutrients from it to deliver to the body. The liver converts waste into relatively harmless substances that it then releases from the body.

The navel region—where the pancreas is situated—or the area in front of the spine is where the elbows that are linked to each other rest or massage. Regular application of Padma Mayurasana causes this gland to secrete the hormone insulin, which aids in controlling blood sugar levels. decreased diabetes as a result.

A cough is a respiratory tract infection, such as a cold or flu, which causes discomfort in breathing sometimes and affects mind and body balance.  As per one of the studies [efn_note] A Survey on Efficacy of B.K.S Iyenger Yoga for Cough https://ejmcm.com/article_5118.html [/efn_note], Practicing one of the variations of Padma Mayurasana has positive effects on cough problems. Hence, helps in the reduction of it.

The Padma Mayurasana is an advanced pose that strengthens various muscles and bones that stabilizes the basic framework of the body. It helps in detoxification and digestion and acts as a therapeutic aid for many ailments.

The practitioners can practice this asana by putting in continuous effort due to the high demand for strength and focus required by this asana. yogasequencingideas - 03.10.2022 0
Kapalbhati Pranayama do you know what makes Kapalbhati the most popular yoga breathing technique? It is the capacity to cleanse the body. An advanced yogic... 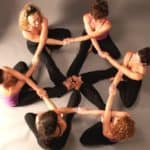 yogasequencingideas - 31.10.2022 0
Knowing others is wisdom, and Knowing the self is enlightenment. ~ Lao Tzu Sahasrara this quotation emphasizes the idea that the ultimate reality of existence... 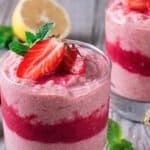 yogasequencingideas - 21.06.2020 0
Berry buckwheat porridge recipe with the arrival of spring and hot summer days, you want to see less and less heavy high-calorie food on...