Pashinee Mudra is a gesture known for its ability to overcome hidden subconscious fears. It is practiced assuming Halasana as the basic posture, hence, categorized as one of the postural (kaya) mudras.

The hatha yoga techniques that Pashinee mudra is a component of demand flexibility, practice, and experience. This designates it as a difficult mudra to retain.

The advantages it offers in terms of health, energy, and psychological well-being, however, make this mudra worthwhile to attempt.

The word “Pasha,” which means “noose” in Sanskrit, is where Pashinee gets its name. In this context, the terms “Pashinee” and “mudra” both imply “bound in a noose.”

In order to bring the knees closer to the ears while practicing this mudra, the body is further folded from Halasana. The name comes from bodily movement, which resembles tying and pulling on a noose.

The nervous system gets calmed when you perform this move. It also goes by the name “folded psychic attitude.”

A yoga practitioner who has been practicing for a while should be able to perform this advanced-level mudra.

Because this mudra produces the most potent and bright subtle energy, you must use extreme caution when performing it.

It requires a certain amount of discipline in your postures, which will develop after a significant amount of time spent practicing.

How to do Pashinee Mudra

Keep your attention on your stretched neck while maintaining the Pashinee mudra. The Vishuddha chakra must be the center of the mind spiritual.

1. Increases spine flexibility – Pashinee mudra involves stretching the back muscles. It helps extend the spinal column and enhances the flexibility of spinal muscles.

5. Draws awareness towards inner-self – Holding this mudra balances the nervous system and provides time to dive into the inner self. It enables the yogi to attain pratyahara and brings tranquility.

Advice for beginners on Pashinee Mudra

For those who are just starting out, practice cautiously until you are an expert at doing Halasana. Until you have mastered your flexibility, avoid trying alone.

Try to perform poses like Paschimottasana and Chakrasana, which include both sides of spinal bending. To make your spine bend the other way after completing the Pashinee mudra, you must do Matsyasana, Dhanurasana, or Chakrasana.

Contraindications and warnings from Pashinee Mudra

Pashinee mudra is a hand gesture that combines the advantages of Halasana and the mudra for your physical and mental well-being.

Even though it’s a complicated mudra, it might be effective if performed with all the safety considerations in mind. 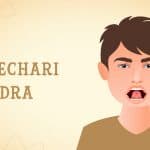 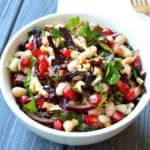 Salad of three types of beans 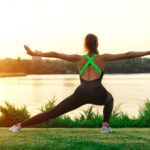 yogasequencingideas - 22.05.2020 0
Probably, each of us would like to wake up in the morning cheerful, energetic, full of energy and inspiration. But how often does this... 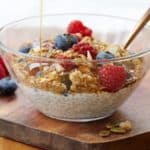 yogasequencingideas - 06.06.2020 0
Oatmeal Chia pudding is a healthy dessert. Chia seeds are a real superfood. They are so rich in vitamins, minerals, and trace elements that...