Shatkarma (“Shat” (Skt.) – “six”, “karma” (Skt.) – “action”) are six cleansing techniques in yoga designed to improve the functioning of the body. They allow you to find harmony in mind and body, and perfectly prepare the student to perform asanas and meditation. These techniques are time-tested and have been used effectively for centuries.

Similar to how a home rests securely on its foundation, our body and mind require a solid foundation for the yogic journey. This foundation serves as the cornerstone of our yoga sadhana. Cleaning out our internal organ system is the foundation of what we’re talking about here for our body. This purging is referred to as Shatkarma or Shat kriyas in the yogic tradition.

Modern science says, our internal organ is comprised of 11 major systems including circulatory, respiratory, digestive, excretory, nervous, and endocrine systems. To ensure the healthy and proper functioning of the body, the cleansing of organ systems is essential on a regular basis.

In order to remove impurities from the interior body, Hatha Yoga uses a set of six cleansing practices called Shatkarma. These purging procedures are also referred to as the six yoga kriyas or shat kriyas.

Indeed, Shatkarmas are more akin to yoga’s warm-up movements. They are typically practiced before any advanced meditation techniques, asana, or pranayama. Why? Because the goal of these kriyas is to strengthen the body and mind so that they can resist any advanced practice, both inside and outside.

The six yoga kriyas are comprehensive detoxification exercises that purify every part of our digestive system, from the mouth to the anus. Shatkarma is the collective name for these yoga kriyas.

Here, the words “particular actions” and “specific effects” are synonymously referred to as “kriya” and “karma,” respectively. So many yoga and pranayama literature also refer to shatkarma as “shat kriyas.”

These yoga kriyas are designed to cleanse the alimentary canal’s various organ systems.

Dhauti kriya is the first Shatkarma we practice in yoga. In Sanskrit, Dhauti means ‘washing‘ or ‘cleansing‘.

In this process, water is drunk to full capacity which let impurities flush out from the food pipe by vomiting.

Dhauti kriya is generally of four types. Some common types of Dhauti are:

The internal organ system functions more effectively and the excess mucus in the stomach is eliminated thanks to Dhauti kriya. Additionally, regular practice of the Dhauti Kriya balances the Vata, Pitta, and Kapha doshas in our bodies.

Also Read: A Detailed Guide of Dhauti Kriya & Its Benefits

Basti is the second shat kriya which is said to cure almost 50% of abdominal diseases.

Basti kriya is of two types based on the procedure of practices: Sthala Basti and Jala Basti.

It directly contributes to the colon’s cleansing, which is the body’s principal organ (large intestine). Nearly all bodily tissues are nourished via the colon.

Basti cleanses the entire colon system to the rectum, unlike enema, which only cleans the lower 8 to 10 inches of the colon (attached to the anus). A long, tube-like organ in the lower belly called the colon takes water from food after it has been digested, and it is primarily disturbed by solid waste (feces).

Neti is the third shat kriya that deals with purifying nasal cavities from accumulated impurities. it’s very important to clear the nasal cavities as it’s the pathway to Prana we take through breathing.

Breathing works like fuel to charge up the human body. If the fuel (breathing) is dirty for any reason, it can make us sick. unclean nostrils are could be one of the main reasons for irregular breathing.

Neti kriya is an exercise intended for the purification of nostrils by various techniques.

Neti is basically of 2 types, based on their procedure.

Among 6 shat kriyas, Trataka is known for its simplest procedure. Consistent and correct practice of Trataka increases concentration power and purifies the mind from fluctuating thought patterns.

See Here: How to Do Candle Flame Trataka

Based on the reference thing to gaze upon, whether you take an external object or internal point, Trataka can be classified into 2 categories.

The lower abdominal muscles are moved in the Nauli kriya to help ignite the digestive fire.

It is an essential yoga kriya that keeps the body’s muscles moving. By massaging the liver, spleen, urine bladder, pancreas, gall bladder, and intestines, the Nauli technique purifies these organs, just as flowing water is a sign of purity. The practitioner’s digestive system and appetite improve when all of these internal organs move consistently.

Rectus Abdominis or “abs” muscles are segregated in Nauli kriya, either to the left or right of the linea alba or in the middle (anterior wall in the abdomen).

By isolating the abdominal muscles on either side of the linea alba, which serves as a middle reference, Nauli can be divided into three categories.

The final Shatkarma that focuses on enhancing brain function is Kapalbhati. Kapalbhati is also referred to as Kapalabhati pranayama since it is a breathing method used by yoga practitioners. In Kapalbhati, breathing is synchronized with a quick inward and outward movement of the abdomen wall.

The breathing in this instance during Kapalbhati pranayama is very dissimilar from everyday breathing. When breathing normally,

By emphasizing more on exhaling as compared to inhaling, Kapalbhati expels more impurities in the form of CO2 gas.

Precautions to take for Shatkarma practice

1. Practice Under the Supervision of an expert

Practicing any of the 6 Shatkarma needs expertise in that particular kriya, so it’s mandatory to have theoretical as well as practical knowledge. Hence, it’s advised for a beginner to do these kriyas under the supervision of an expert guide.

2. Don’t practice it every day

Most people are unaware that ancient yogis never recommended Shatkarma as a daily practice like asana, pranayama, and other yoga disciplines.

Only when you feel your inner body needs cleansing should you perform a Shat Kriya, which should only be done once per week. Even though a starting practitioner needs more cleansing than an experienced yogi, it may be practiced continually in the beginning.

3. Use clean and sterile equipment

Make sure the neti pot, water, rubber thread, cotton towel, and other tools are clean and sterile before beginning the Shatkriya. These yogic exercises are meant to cleanse your body from the inside out, therefore the objects you use should likewise be clean.

It is best to avoid practicing Shatkriya during pregnancy. Janet and Trataka can be practiced in moderation if one is truly motivated to perform shat kriyas. Other kriyas, which have to do with the movement or purification of the stomach, could have an impact on the fetus’s health.

5. Lighten up your diet

Six Shatkarmas are extremely strenuous exercises for your inside organs. Don’t do Shatkarma until you reduce your calorie intake because doing so will strain your organs.

In the early stages of study, beginners frequently overexcite themselves about the strange shat kriyas that expert yogis may perform. Dedication and complete focus are required when performing the shat kriya exercises, such as swallowing a piece of cloth in the mouth or piercing a cotton thread through one nostril.

Only perform Shat Kriyas for the first three to five minutes. Remain composed and avoid forcing yourself to practice if you’re not feeling well. When performing Neti kriya quickly, you risk damaging your nasal passages.

Why Purify Body? Importance of Shatkarma

Think of the human body as a computer. While the interior body functions as software, the outward body, which we can touch or see, is comparable to the computer system’s hardware.

Since it is simple to come into contact with the external body or hardware, it is cleaned by daily rituals like washing, taking a bath, and brushing, among other things. The internal body parts, however, are constantly exposed to outside elements (through food, sight, touch, and smell), and we don’t engage in any particular routine activity to purify them. Yoga kriyas (in the form of Shatkarma) are therefore occasionally yet consistently practiced.

Shatkarma has been thoroughly explained in two traditional scriptures, the “Hatha Yoga Pradipika” and the “Gheranda Samhita.” Despite the fact that both works are part of the Hatha Yoga school of thought, they have very distinct conceptions of what Shatkarma entails.

Swami Swatmarama, Author of Hatha Yoga Pradipika has prescribed the practice of Shatkarma only for this type of person:

In the Hatha Yoga Pradipika (HYP), Swami Swatmarama made it very clear that a Yoga Sadhak (practitioner) does not need to do Shatkarma if the three doshas are in the right proportions and no additional fat has collected in the body. But in order to put the six Shatkarma into effect when appropriate, one must learn them.

In addition to this, this verse mentions the order of individual Shatkarma practice in HYP:

Sage Gheranda is another foremost author of Hath Yoga texts.

According to Sage Gheranda, a practitioner should do Shatkarma at the very first stage of yoga before anything.

The Yoga Sage Gheranda propagated is also called Ghatastha Yoga which has 7 limbs, in contrast to eight limbs yoga that came from Patanjali’s Yoga Sutra. 7 Limbs mentioned in Gheranda Samhita are:

According to Sage Gheranda, our body and mind are like a vessel (Ghata) that carries our soul and characteristics Gunas as the water inside a vessel.

Natasha Yoga first aims to purify the body or vessel that carries a soul, through the 6 purification techniques of Shatkarma. This purification (Shatkarma) has called Ghata Shuddhi in Gheranda Samhita.

Thus, the practice of Shatkarma is important for every person who has just begin the journey of yoga as per Gheranda Samhita.

The sequence of 6 practices of Shatkarma according to Sage Gheranda is also a little different from the HYP sequence. Here Shatkarma sequence is: Dhauti, Basti, Neti, Nauli, Trataka, and Kapalbhati 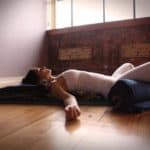 yogasequencingideas - 17.06.2020 0
The Shavasana yoga asana has substantiated itself as a posture for unwinding practice for a significant long time, yet not many individuals realize that... yogasequencingideas - 28.09.2022 0
Basti Kriya is a technique of replenishing the body internally by cleansing the colon thoroughly. It is one of the six purification techniques known...