“ Best Chitta Vritti Nirodha” is one of the beginning sutras from Patanjali’s Yoga Sutra.

It tells us, what the true essence of Yoga is. Every single practice in yoga whether it’s Asana, Pranayama, meditation, or some spiritual karma has the ultimate aim of ‘self-realization’. Patanjali knew the ‘truer sense of self (self-realization)’ can be realized only when the Chitta is released from the burden of Vrittis.

“The Best Chitta Vritti Nirodha” The expression from the Yoga Sutras “Chitta Vritti Nrodha” (cessation of manifestations of consciousness), which is frequently taken as ending the “inner conversation” and attaining a state of conscious, empty mind, is used in numerous publications on yoga, responses to them, as well as in many seminars.

Some well-known yoga teachers create unique asana and pranayama sequences to enter and maintain this state, and for many practitioners, ceasing the “inner chatter” is a crystal-clear goal. I believe that Patanjali indicates a much higher state of consciousness when he uses the phrase “Chitta Vritti Nirodha.”

Our awareness is a multi-layered vibrational structure, with thinner “matter” corresponding to deeper, higher frequency vibrations. On a rather coarse, low-vibration layer of consciousness, thinking occurs. An observer who notices thinking may be located in a nearby, comparatively shallow “layer” that is a little deeper. The absence of all thought does not mean that the deeper levels of consciousness, which are beyond our ability to see, have also stopped.

The structures of consciousness that are tied to the body and the senses are activated if asana exercises, breathing techniques, or techniques involving the senses are employed to enter the “inner silence,” which prevents you from delving further.

The “ocean” of consciousness has a vast depth; the ocean of unawakened consciousness can support the surface conscious emptiness, unless, of course, you are a great yoga master and have not yet attained full awakening. Since deeper levels of consciousness must be attained for further awakening, all serious practices attempt to keep the body completely still. This triggers internal processes in these layers of consciousness, which exist outside of the body’s sense organs (Pratyahara).

Additionally, there is a plunge into even deeper, thinner levels of consciousness thanks to the development of the unidirectional concentration process. As the Samyama-Dharana-dhyana-samadhi process develops, the contents of these layers are released (samskaras, kleshas, the memory of past lives, levels of consciousness corresponding to sleep with and without dreams, etc.). This is how these levels are awakened and consciousness (Chitta) is purified. Finally, at the final “layer,” where the energy (prana) is in its unaltered, motionless original state, there are no manifestations of consciousness (Chitta Vritti Nirodha), yet the “inner dialogue” has not stopped.

Complete deep cleansing and consciousness awakening come to a finish at this stage. Here, the link to the unadulterated, pure Light of the Spirit (Purusha) is directly perceived (Yoga is a connection, union). The Light of Purusha is both the Light of Love and the Light of self-illuminating Awareness. Stopping the “internal debate” aids in clearing and gaining control over the consciousness’ topmost layers. The Yoga Sutras are written on a whole new, extremely difficult degree of practice called deep purification and awakening of Consciousness. Since asana practice cannot do this, they are not given much attention in them.

The Sanskrit equivalent for “mind chatter” is “Chitta Vritti.” Vritti, which means “Fickle thinking impulses that clutter the mind,” can be understood. Chitta refers to a person’s source of consciousness and is not just the mind in this context. Vrittis originate in the Chitta and disturb a person’s level of consciousness.

Swami Vivekananda used the analogy of a lake to explain how Vritti inhibits us from experiencing self-realization and burdens Chitta.

Think of a tranquil lake. The lake’s surface begins to ripple as soon as we throw a stone into it. When we throw a stone, it slowly rises to the surface until we stop. We are unable to view the lake’s bottom due to these ripples.

The lake is comparable to our Manas or Chitta. The external factors that reach the mind through the senses are represented by the stones we toss into the lake.

Vritti is the term used to describe the lake’s surface waves. The bottom vision is obscured by the regular accumulation of Vritti over the Chitta surface (lake surface). We are prevented from experiencing the deeper self by this murky surface.

Hence, Vritti is the fluctuations (of the chattering mind) that affect our perception of experiencing reality. Usually, Vritti is the result of our attachments, desires & fear of the external world.

A Hindu Philosophy on Vritti

Vritti in Hinduism describes on the basis of samskara. Samskara is the result of our past karma that left imprints on the mind. Samskara gives the mind a direction to express a variety of emotions & behavior toward different situations.

Vrittis are the result of samskara, which produces another samskara. Hence, Vritti (वृत्ति) is like a cycle (circle – Vritt ‘वृत्त’) of thought patterns into which our awareness keeps bound to certain objects. This bound awareness always creates a disturbance in realizing the higher consciousness.

Yoga tries to calm the chattering mind’s Vrittis so that we can understand its underlying reality. To comprehend how the mind experiences a thought pattern and modifies it in accordance with the buddhi, Patanjali described five Vritti (Intellect).

These “5 Vrittis” give us the impression that “Vritti” is not just confined to the perception that is experienced in the awake state. Vritti, however, also refers to all dream experiences or altered states of consciousness.

The “evidence” that information is true in accordance with our beliefs, experiences, and morals is right cognition or Pramana. Mind’s Pramana Vritti allows us to feel as though something is “firmly” correct. Our buddhi is what constantly modifies our perspective in order to turn an experience into reality. Someone else may feel quite the opposite of an experience that is true for us.

There are two conditions that must be satisfied in each condition for a piece of information to be Right (Pramana).

As an illustration, consider a mirage. From a distance, it appears to be covered with water (Information we perceive through the 5 senses is real). however, there is no water there in reality (The outcome of the result has no useful application).

In a later sutra, Patanjali provides six different Pramana Vrittis that the mind can use to acquire the proper knowledge.

Misconception, also known as Viparyaya, is the Vritti that occurs when the mind forms wrong knowledge based on an error made by the five senses. All of our information about the outside world comes from our five senses, some of which can be deceiving. The mirage phenomenon is an illustration of a Viparyaya Vritti, where we may easily deceive utilizing our five senses.

The word “World” (Prapancha) is used to describe it in Sanskrit. Prapancha literally means “perception through the five senses.” Everything we taste, see, touch, hear, and smell in the universe is simply what our five senses allow us to perceive and what is pertinent to us. Viparyaya Vritti of the mind prevents us from perceiving true knowledge of experience and keeps us trapped in the false reality of the five senses.

As a result, occasionally our gained information might be misinterpreted, and the mental process known as Viparyaya Vritti causes us to perceive reality incorrectly. Yoga reduces mental thought patterns, which quiets the mind’s inherent architecture. Now, rather than seeing things as we perceive them to be, we begin to view them for what they truly are.

Everyone is aware of what imagination is, right? The definition of imagination is simply the process of thinking about the past, the future, or an event that doesn’t actually happen but is instead a mental construct. It is a different type of mental Vritti since it originates in the mind. Vikalpa Vritti also goes by the names of fantasizing, daydreaming, doubting, and hesitation.

When it comes to understanding knowledge, imagination Vritti is more nuanced than the other two Vrittis. Right cognition and Misconception are the two prior Vrittis (which use five senses to perceive knowledge), whereas imagination Vritti does not. It is possible for the mind to imagine an experience without using the five senses.

When applied in a practical and regulated way, the mental faculty of imagination can occasionally help a person reach a goal. Kalpana, or controlled imagination, is what it is. Vikalpa Vritti, on the other hand, is uncontrollable imagination that only temporarily diverts the mind to a fantastical concept before we go on to something else.

Vikalpa Vritti, which causes mental instability, is eliminated through yoga. We can manage our imaginative Vritti through the practice of attention and meditation. Once you learn to manage your imagination, you can eventually control your mind. This is how you can obtain an enlightenment state (Samadhi) in yoga by managing your Vritti.

Nidra is an altered state of consciousness in which the five senses are subsumed into the mind and the mind turns inward, allowing us to lose control over our mental thought patterns. Nidra is also a mental Vritti because it still has unconscious cognitive processes going on. When the quality of our sleep influences how we awaken, there is still another factor that qualifies Nidra as a Vritti.

In the yoga sutra, Patanjali placed emphasis on experiencing mental tranquility when sleeping deeply. “Silence Study of dreams and deep sleep states regulate the psyche,” according to Patanjali (YS 1.38). Therefore, it is not always true that sleep is a Vritti because it can be used to achieve mental steadiness.

The desire for sleep that we typically associate with the body is not actually true. All that the body and mind require is some time of restorative relaxation and a break from constant thought waves. Yoga Nidra, an ancient form of meditation, allows you to consciously experience the activity of a deep sleep state for this kind of sleep. At the conclusion of an asana lesson, one can unwind deeply by practicing yoga Nidra while listening to soothing music.

A person’s mind stores memories, either consciously or unconsciously, as enduring reminders of prior sensations or emotions. The mind then recalls these previously stored thinking patterns in accordance with the circumstance, which impacts our perception of reality.

According to Patanjali, “Memory is the recall of ‘unforgotten events’,” which can be conscious or unconscious but does not include any additional traits from other sources. The final Chitta Vritti—memory—can occasionally improve your mood or make you upset. In this sense, recollection has a very significant impact on how your present moment functions.

Yoga meditation, also known as one-pointed concentration, tries to lessen the impact of past events. These exercises keep the current moment fixed and prevent Smriti’s mind from wandering to the past. 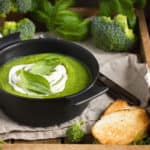 (Anahata)Meaning, location, and symptoms of a balanced and blocked heart chakra

yogasequencingideas - 26.10.2022 0
The fourth of the seven primary chakras, often known as the heart chakra or Anahata chakra, is situated in the middle of the breastbone.... 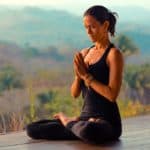 What is meditation? How to start the practice?

yogasequencingideas - 14.06.2020 0
First, you need to understand what meditation is. Meditation is a special tool for spiritual enlightenment and balance, originating from Buddhist teachings and practices. What... 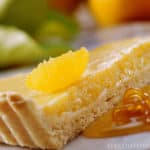 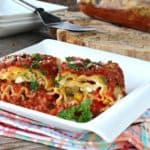 yogasequencingideas - 20.06.2020 0
Vegetarian lasagna is a delicious dish of Italian cuisine, which is perfect for a dinner party. If you want, you can even freeze it...