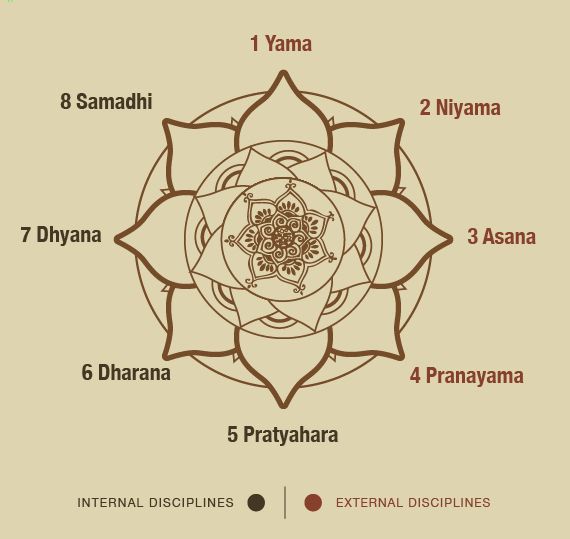 Patanjali yoga has long been a way to achieve enlightenment, which allows you to experience unending bliss. The eight methodical and useful yoga practices make up the entire road to enlightenment. These various techniques combined to form the 8 limbs of yoga.

Indeed, for many years, the discipline and practice of yoga were transmitted orally from teacher to disciple. In the second century BCE, Maharishi Patanjali entered the picture. In 196 sutras (aphorisms) contained in a book titled Yoga Sutra, he consolidated all of his prior teachings and his experience with yoga.

8 Limbs of Yoga (which came out of Patanjali’s Yoga Sutra) is the step-by-step guide for a yogi to bring awareness inwards to realize the True-self through Samadhi or Enlightenment (final step of eight limbs).

Yoga Sutra and the 8 limbs

The famous book “Yoga Sutra” by Patanjali is an eye-opener regarding the relationship between body, mind, and soul components.

Body and mind are separated into two layers, says the Yoga Sutra. We come into contact with the soul after overcoming these first two layers. We are prepared to meld with the Supreme Soul once we have experienced the Soul. We attained this degree of True Self-realization because it is the ultimate source of Pure Consciousness.

A yogi must overcome several challenges along the way to realizing their actual selves. Every roadblock brings with it a fresh experience. These experiences, which one would have to go through on the path to self-realization, are elaborated by the Yoga Sutra in the form of the eight limbs of yoga.

Eight practices serve as the foundation for the eight limbs of yoga, which we refer to as the route to self-realization. It includes the ethical, practical, physical, and spiritual facets of yoga practice. The higher practices on this path cannot be understood unless we have first cleaned ourselves via the initial steps. Let’s start following these 8 Limbs of yoga one by one from the beginning.

Simply said, Yama, the first of yoga’s eight limbs, refers to teachings that place an emphasis on our interaction with the outside world. It consists of a set of moral commitments that one should uphold in order to exercise self-control. Yama also referred to the list of prohibited practices for this reason.

A yoga practitioner is equipped to moderate his behavior toward the outside world through Yama practice. Yama is the yogi’s code of conduct, which serves as a solid foundation for more advanced yoga practices.

The necessity of Yama in Yoga

Yoga is a journey that involves turning your attention within to experience your True Self. Through yoga practice, we must first defeat outside thought patterns before we can start to manage our internal (our-self) mind patterns. These external thought patterns retain our focus on the external environment. The five techniques known as the Five Yamas are how Yama helps us break free from these patterns imposed by the outside world.

Niyama focuses on a set of ideas for self-control and spiritual body and mind cleansing. Niyama practice on a regular basis makes it simpler for a yogi to travel the path of yoga and live a healthy, fulfilling life.

The necessity of Niyama in Yoga

Niyama equips yogis to control their inner thoughts and behaviors, just as Yama trains them to manage the patterns of the outside world. We cannot create room in our inner self for asana (3rd limb) practice unless we are free of our inner ideas and actions.

These five Niyamas assist us to integrate mindfulness into our daily activities and govern our inner thoughts.

[alert-note] Yama and Niyama are the foundation [efn_note]Foundation of yoga [source][/efn_note] of 8 limbs of yoga. Only when perfection on these two limbs is achieved, one can get control over the outward & inward senses of mind and body. Yama & Niyama are practiced in conjunction with asana and pranayama. [/alert-note]

Asana, the 3rd limb of yoga, is the beginning of the practical aspect of the 8 limbs of yoga. It is the stillness of body & mind in any position.

Patanjali’s idea about asana was that asana is naturally occurring & is an unforced state of stillness [efn_note] Ancient and Modern Perspectives of Asanas [source][/efn_note]. Although Patanjali described only meditative posture in Yoga Sutra. We practice many twisting, bending & lifting types of yoga pose in modern yoga; these were not part of ancient yoga.

The necessity of Asana in Yoga

Pranayama is the practice of taking control of the Prana – The life force. It consists of different exercises of breath that allow us to move, hold or expand Prana in other regions of the body. Pranayama uses breath as a tool to play with Prana, with Prana awareness moves.

The necessity of Pranayama in Yoga

Prana is a huge energy that exists both inside and outside the body. Pranayama, which involves breathing in the prana (fresh energy) of the atmosphere and breathing out the prana within, allows us to manage this vast force. We can direct awareness (with the aid of prana) to various body parts.

[alert-note] The first four of yoga’s eight limbs are regarded as the exterior practice of mind and body purification. By using the proper way of preparation, any flaws in the performance of these four limbs can be fixed.

The following four internal cleansing techniques, however, are difficult to rectify and damaging to the mind if not carried out properly under the direction of an experienced Guru. Internal purification techniques can be built around the principles of pranayama practice. [/alert-note]

Praty, which means against, and Ahara, which denotes outside forces brought in from outside.

Pratyahara means making yourself secure against external forces that drive our awareness inside out (although we intend to drive awareness in). This provides a medium for a practitioner to go deeper into internalized consciousness.

Pratyahara serves as a link between methods of internal and external purification. Pratyahara is the link between the external and interior bodies since one cannot go immediately from an asana to meditation practice.

The necessity of Pratyahara in Yoga

The practice of pratyahara withdrawals senses from external influences. These external influences are inputs in the human body through the five senses – taste, touch, sight, hearing, and smell. When with the practice of pratyahara, the mind gets control over five senses, and sensations from each sense reach several centers in the brain according to our wishes. In this way, the mind becomes the king [efn_note] Control of Senses (Indriyas) [source][/efn_note] of 5 senses (Indriya).

Pratyahara is a vital step to make yourself calm in meditative practices & to drive awareness in your body without affecting external influences.

The majority of people experience meditation through the Dharana technique. When in Dharana, the mind is less erratic than at other times. Or at this time, the mind ceased wildly hopping from one point to the next. Dharana exercises include Tratak (candle gazing), concentrating on a mantra, or breathing.

The necessity of Dharana in Yoga

Without engaging in Dharana practice, it is impossible to jump right into the hours of meditation. As you gradually continue your dharna practice for longer periods of time, you move awareness to a deeper level where you can connect with your True Self.

Our body and mind become completely still at this point (mind comparably less even). The level of meditation is when our mind and body are completely focused and untouched by outside stimuli ( in deep meditation).

Although it happens spontaneously, we cannot push ourselves to enter the state of meditation. During your practice, it is not meditation if you find yourself saying, “Wow, I’m really meditating,” When you can locate a pause between two ideas that follow each other, a pause that is followed by a long time of silence, that is meditation.

The necessity of Meditation in Yoga

We become aware of the Soul (True-self) within us when we are in a deep state of meditation. Through meditation, we can experience the utmost level of present-moment awareness.

The eighth and final limb of yoga, samadhi, is the pathway to attaining self-realization. We have so far developed a command relationship with the outer and inner worlds through a variety of techniques.

The samadhi stage is when the mind stops altering any incoming or existing thought and we begin to feel the unaltered experience. Samadhi isn’t permanent until one is totally removed from cravings, fears, or any other worldly attachments, Patanjali stated in the Yoga Sutra.

The necessity of Samadhi in Yoga

The key to a self-realization experience is prolonged samadhi, and once a person has this euphoric experience, they are freed from the cycle of birth and death. Moksha is the name for this phenomenon. Yoga is the fusion with the Supreme Soul. 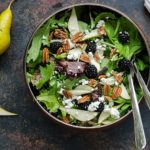 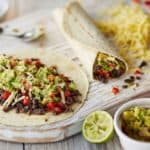 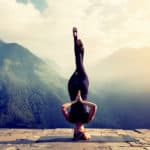 yogasequencingideas - 02.12.2020 0
Yoga for improving lymph flow. The lymph is a clear, watery liquid. It, unlike blood, moves through the blood vessels due to the contractions... Yoga Sutras of Patanjali: The First 4 chapters of YSP

yogasequencingideas - 06.11.2022 0
If you’re seeking to learn the real essence of yoga, then apart from yoga asana, Pranayama & other practices, “Yoga Sutras of Patanjali (YSP)” is one master key you...