Vastra  Dhauti, one of six hatha yoga purification methods known as Shatkarma, is intended to cleanse the entire alimentary canal of pollutants. From the top of the mouth to the base of the rectum, various forms of Dhauti are employed for washing. Vastra Dhauti, which is a component of Hrid or Cardiac Dhauti, consists mostly of cleaning the upper stomach area to alleviate “Kapha” or phlegm-related issues.

The science of Vastra Dhauti

Three doshas—Kappa (phlegm), Pitta (bile), and Vata—are necessary for the internal organ system of the human body to function (wind). Any one of these three doshas out of equilibrium causes physical limitations or illnesses.

The food and beverages we consume also produce trash, some of which might become lodged in the Oesophagus (gullet). This waste material keeps building up over time and transforms into phlegm and mucus. During a terrible cold, the effects of mucus can be felt in the body, while phlegm is expelled by coughing or wheezing. This causes an imbalance in the “Kapha dosha” due to the excessive buildup of these waste products in the body.

Vastra Dhauti is used to maintain extra gastric juice discharges and eliminate mucus that is obstructing the respiratory passages. This restores the equilibrium of the Kapha Dosha in the body and heals all skin conditions, common illnesses, and respiratory issues.

As the name of every other posture in yoga, the name ‘Vastra’ is also taken from the Sanskrit language. Vastra means ‘A Piece of Cloth’ & Dhauti is referred here to as ‘Cleansing’. This practice is pretty much like Vamana Dhauti, except that here a Vastra (A Piece of Cloth) is used in place of water.

Theoretically, verse 2.24 of the ancient yogic text “Hatha Yoga Pradipika” is where the practice of Vastra Dhauti is first introduced. In the Vastra Dhauti technique, a piece of loosely woven, damp cotton cloth is ingested into the stomach. Several abdominal movements (Nauli) are carried out after the cloth has been entirely swallowed into the stomach. After that, the stomach is cleaned by carefully removing the towel.

Swallowing a cloth into the stomach could be quite difficult for the seeker if some defects are there in the cloth. Therefore following parameters should be kept in mind while performing Vastra Dhauti.

How to do Vastra Dhauti: A step-by-step guide

Prepare a basin or kettle of warm water and add two tablespoons of salt to every liter of water. Since saltwater won’t likely be absorbed by the fragile blood vessels, it is prepared. As normal water is heavily absorbed by the cells, it might cause cells to shrink or bulge out.

Grab a long piece of cotton fabric and fully submerge one end of it in the warm, salty water. Additionally, keep a glass of warm water nearby so you may take little sips while swallowing.

NOTE : [Do not drink a large quantity of water to swallow the cloth. The stomach should be filled up with a cloth, not drinking water.]

Resuming the squatting stance, grab the dangling end of the fabric to pull it out. Start carefully removing cloth outdoors now. The inner lining of the intestinal tract’s mucous and sticky substance is evident on the cloth. To use cloth the following time, simply wash and disinfect the item.

All food and drink enter the body through the stomach, where they are absorbed and ultimately converted into energy that keeps us healthy. Food is somehow impacted if the route it takes to reach the stomach (esophagus) is not clean, which has an impact on our health.

There are the following health benefits of Vastra Dhauti.

Beginner Tips to do Vastra Dhauti

The fluids accumulated in the stomach are absorbed by the cotton fabric of the Vastra Dhauti. A light massage is performed by softly rubbing the cloth across the stomach. In Dhauti, a lot of mucus and bile is released.

Blood and food particles have occasionally been discovered as well. Gastric juices and peristaltic motions are increased, and extra mucus coating is eliminated. The stomach and esophagus are cleansed and stimulated by Dhauti. The body is cleansed of excess bile, phlegm, and other pollutants.

Dhauti has an influence on individuals in a positive manner so that the overall system and the personality as a whole could become less irritable to the external and internal stimuli and could develop better endurance to pain. Duties are indirectly helping to cure mental illnesses like neurosis, anxiety, and depression. 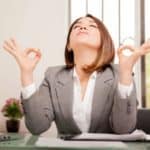 Beat anxiety and stress with yoga

yogasequencingideas - 11.06.2020 0
Beat anxiety and stress with Yoga-this is yoga for stress relief. This practice does not require much time and effort, but as a result... 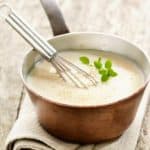 yogasequencingideas - 17.06.2020 0
On the off chance that you have issues with dairy items, or you are a veggie lover or vegan, or only for reasons unknown... Sattva-Guna: The best of happiness and its increase

yogasequencingideas - 07.11.2022 0
In the Sattva-Guna of several Hindu philosophical schools, in the yoga system, the idea of Svabhava (behavior) is used to explain a person's personality.... 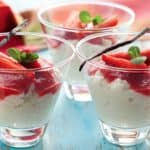 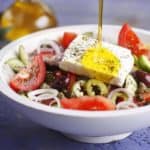