Sacral Chakra some people think that our body contains a number of energy centers. The Sanskrit term for “wheel” is where the word “chakra” originates. Every chakra or wheel is regarded as an energetic center that is pulsating throughout the body.

The chakras are described in the Vedas, ancient Hindu texts, as early as 500 BC. The chakras are said to allow life force energy, or chi, to flow smoothly through the body when they are properly aligned and vibrating, despite the fact that there is no scientific evidence to support their existence.

The second lower chakra in the body is the sacral chakra. It is regarded as the sex chakra, which is also the chakra of our artistic and creative expression. Here, we’ll examine this chakra in greater detail, including the emotional and physical areas it affects, the signs of imbalance or blockage, how to rebalance it with food, color, meditation, visualization, yoga, or mudras, and the essential oils and crystals that some people claim to be helpful for caring for this chakra.

The Hindu term for the second or sacral chakra is svadhisthana. The phrase literally translates to “the dwelling location of the self” (Svadhisthana, “the established dwelling place of the self”). In other words, the sacral chakra represents the center of your sexuality and the source of your creativity as well as your innermost desires.

The Sacral Chakra at a Glance

The second of the seven primary chakras is the sacral chakra. It is situated between the sacrum and the coccyx, parallel to the spinal cord. As conscious beings on this earth, all of our experiences and karmas are of significance to this chakra.

In chakras evolution, after we grew up from the physical-emotional needs of survival and self-preservation of the first chakra Muladhara, the second chakra is where Prana (life force) gets activated and we start experiencing the world consciously. The Muladhara is an unconscious state of our existence whereas in the second chakra we become the conscious experience of the world.

The Sanskrit word for the sacral chakra is Svadhishthana. Sva stands for “I” and Adhishthana for “rule” or “home.” Svadhishthana literally translates to “place of self” or “place where self governs” when root words are combined.

This interpretation demonstrates how the Svadhishthana chakra fosters self-awareness, which is explored by one’s creativity, emotions, desire, pleasure-seeking karmas, etc. The second chakra is referred to as the “Seat of Life” in this context. Spleen chakra, splenic chakra, and orange chakra are some of their other names.

Between the navel and the genitalia, in the lower abdomen, is where the sacral chakra is located. However, the precise placement is said to be four fingers below the navel or two finger widths above the first chakra (tailbone).

This spot on our spine relates to the area anterior to the sacrum, or precisely below the fifth lumbar vertebra. It relates to the region above the pubic bone when viewed from the front. In this manner, the ovaries in females and the testicles in males are connected to the sacral chakra. The root chakra and sacral chakra collectively are thought to be located in the area of all pelvic floor muscles.

Sexual organs such as the ovaries/testicles, bladder, bowel, and lower intestine are connected to the sacral chakra because it is situated right below the pubic area. Additionally, the relationship between the sacral chakra and the adrenal glands, which are situated above both kidneys, is the source of the sacral chakra’s traits of creativity, playfulness, and zest for life.

There is a warm, exciting energy emanating from the sacral chakra. So it makes perfect sense that this chakra is orange in color.

The impact of the orange tone on the body’s emotions is linked to a variety of things, including sexuality, desire, imagination, and the conceptual framework.

The six petals of the lotus stand for the six Vrittis, or forms of consciousness: rage, enmity, hatred, cruelty, pride, and desire. We are entangled in the birth-and-death cycle because of this Vrittis. By making conscious efforts at the sacral chakra, one can end this cycle and increase consciousness.

The energy frequency and seed mantra

The sacral chakra is second in the hierarchy and has a higher energy level than the root chakra. When this chakra is in equilibrium, it vibrates at a frequency of 288 Hz.

The Bija Mantra’s “Vam” seed sound resonates with the sacral chakra. In the event that your sacral chakra is disrupted, this sound is regarded as a healing mantra.

The water element found in our bodies is symbolized by the circle in the center. The crescent moon with its head turned up is another significant Svadhishthana symbol in addition to water. It builds a connection with the subconscious and symbolizes female energy.

Characteristics of the sacral chakra

How to know if the sacral chakra is balanced?

A balanced Sacral Chakra houses creativity, healthy relationship, and sexuality. It is open to the surroundings. The signs of a balanced sacral chakra are:

How to identify when the sacral chakra is imbalanced?

The sacral chakra may become weakened by an imbalance. Being discouraged, being too sensitive, or experiencing anxiety could all be signs that the sacral chakra is out of alignment. In a relationship with enthusiastic or exaggerated behavior, the fear of letting go is a sign of an unbalanced sacral chakra. Additionally, it affects how people associate with natural things like employment and a profession.

Sacral chakra imbalance can be determined by either an overactive or blocked state or an underactive state.

It feels like there is no control when the sacral chakra is obstructed. It progresses from susceptibility to an incapacity to change with the course of life. The ability to express desires freely also hinders creativity. Additionally, depending on others or being mutually dependent on them creates a mental imbalance that separates a person from himself.

An excessive amount of energy is dispersed throughout the body via an overactive sacral chakra. Overactive chakra creates a perplexing feeling because the sacral chakra regulates emotions. Deeper emotional experiences and outlandish emotional outbursts reveal a very sensitive personality. Disappointment with life can lead to habit-forming behaviors if you keep looking outside of yourself for satisfaction.

Psychologically, a person with an unbalanced sacral chakra may experience feelings of guilt when engaging in sexual activity, uncertainty about their own emotions, excessive emotion, preoccupation, emotional dependency, and addictive behavior.

How to balance sacral chakra?

If your sacral chakra is out of balance, you might try the following exercises.

1. Meditate on the orange color

While meditating, sit with averting your energy towards the central part of your lower abdomen. Since each of the seven chakras is associated with a different color, for the sacral chakra, imagine an orange color shade around your lower abdomen.

Keeping in mind that your primary motivation in all you do is to bring about inner tranquility and joy. Instead of focusing during meditation—which implies stress—relax instead.

A visualization method is used in meditation to open the sacral chakra. You must be in a relaxed sitting position for meditation, ideally cross-legged (or on a chair, if you have low flexibility in your hips area).

Next, close your eyes, visualize a lotus that is shaped like an orange, and just breathe into it.

Think of your breath as it enters your nostrils, travels through your lungs, enters your diaphragm, moves through your abdomen, and then arrives at the sacral chakra (around 2 to 3 inches below the belly button).

Imagine the orange lotus glowing as you inhale and exhale. Like when you throw a pebble into still water and the subsequent water ripples spread over the entire pond, visualize it expanding in size and sending energy ripples throughout your entire body.

After finishing this exercise, carefully open your eyes, stand up, and resume your regular work.

You can energize the status of your sacral chakra by repeatedly reciting the seed sound “Vam” when you are in a state of meditation. The Second Chakra’s frequency is intimately related to this Seed Sound (Bija Mantra).

Continuous recitation of this mantra inspires you to engage in pleasurable activities and revitalizes your sexuality and creativity. By internally and out loud chanting this Seed Sound, you can have a direct impact on the sacral chakra’s operations.

Yoga mudras are the simplest exercises for rerouting the body’s clogged energy chakras.

5. Stones for the sacral chakra

Wear Orange Calcite if your sacral chakra is in a weak or overactive state because it is closely related to your sexual dynamism and playfulness.

Carnelian Stone helps to increase your courage, compassion, and creativity. The properties of citrine are similar to those of carnelian stone and it has cleansing properties to prevent sacral chakra obstruction.

If your second chakra is underactive or hyperactive, you can wear a moonstone to help it become more active.

Eat watery vegetables like watermelons, muskmelons, cucumber, pineapples, oranges, mangoes, etc. since the Wheel represents the second element, water, and is orange in color. Try using sesame seeds, vanilla, and cinnamon as spices to adjust your abdomen and surrounding areas.

Speak these affirmations aloud to yourself as a final reminder:

To be honest, there isn’t a surefire way to activate the sacral chakra. Divine energy is driven by its own will. It happens in some people as a result of leading a balanced life, in some through meditation, and in some other people, it just happens on its own, seemingly out of nowhere.

To nurture peace of mind and harmony with existence, we should avoid making assumptions and focus on leading a balanced life. It is ineffective and occasionally traumatizing to try to compel the energy to bow to one person.

You should visit a water sighting right away if you haven’t already, as that is what bothers your sacral chakra. Most likely, a lack of water in your body causes issues with your bladder and urethra, which ultimately causes the second chakra to be out of alignment. You’ll benefit greatly from a stroll along a lake, river, or coast. 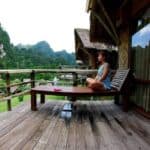 yogasequencingideas - 17.01.2022 0
Kerala's ideal place for relaxation. The land of Yoga and Ayurveda, a place full of healing powers – Kerala, unquestionably is the one place... 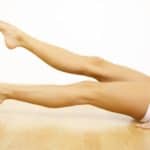 Yoga in the fight against varicose veins

yogasequencingideas - 25.09.2021 0
In this article, we will look at the reasons for fighting varicose veins and yoga recommendations for the prevention and improvement of this disease. What... 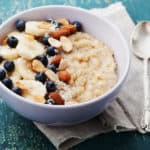 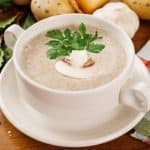 yogasequencingideas - 21.06.2020 0
Creamy mushroom cream soup from mushrooms has a rich, refined taste. It is arranged rapidly and basically. This formula for pounded soup can be... yogasequencingideas - 09.11.2022 0
Rajas Gunas is the attribute of a person or substance that promotes motion or action. Because of the large proportion of Rajas Gunas in...